There are a ton of Las Vegas magic shows because Vegas is sort of the unofficial home of magic...where do you think all those huge strip hotels come from? Poof. Tada! Guess what we've pulled out of our hat? 13 of the very best, most entertaining (and sometimes zany) magic shows in Las Vegas. Magic shows and Las Vegas go together like Penn and Teller and there's a long history of great magician performers in Vegas. You may not find the secret trick to landing a jackpot with us, but we can make dollars re-appear with our amazing show ticket prices...."alakazam!" It's officially time for us to stop hyping up Vegas magicians and point you to the best magic shows in Vegas.

It’s David freakin’ Copperfield. Need we say more? We really don’t but since we love talking about this world-famous magician who just so happens to be our neighbor, we’ll go on and brag about him and his show anyway. The perfect combo of nostalgia, magic and showmanship, master illusionist David Copperfield continues to wow us time and again.
Tickets from $89 Penn and Teller's live show has been a hit on Broadway and now has a permanent home in Las Vegas at the Rio Suite Hotel and Casino. Known for their outrageous blending of comedy and magic, which often stretches the boundaries of traditional magic, this iconoclastic pair's live show on any given night can involve knives, guns, a fire-eating showgirl and a duck. Known as the "Bad Boys of Magic," for supposedly revealing the secrets to their tricks, they may show you how it's done, but they still manage to leave you startled!
Tickets from $93 Shin Lim learned his world-class magic skills from.....you won't believe this: YouTube! But really, how good canthis YouTube edcuated magician be? Shin Lim’s been on the Penn & Teller show, and he won the 13th season of America’s Got Talent, and then went on America’s Got Talent: The Champions and won that too! Now he's got his very own magic show in Las Vegas. Not bad Shin Lim. You don’t want to miss this show.
Tickets from $77 Fans of Criss Angel and Cirque du Soleil get to see a unique combination of the two forces. The show features Angel's magic and well-known stage presence presented with the artistic flair that is Cirque du Soleil's signature. The main focus of every act is Angel's magic. The set and illusions are stylized with a gothic feel much like an old-fashioned circus.
Tickets from $86 Mac and his goldfish (don't worry, we won't spoil the surprise for you) have been renowned fixtures of the Las Vegas show circuit for over a decade and it's easy to see why. At first glance, his retro style may be off-putting, but don't be deterred by the plaid suit and bad haircut – retro doesn't mean old-fashioned, and in this case it certainly doesn’t mean boring!
Tickets from $29

There are a lot of magic shows in Las Vegas, but how many magicians can say they're a former Cirque du Soleil performer? Illusionist Xavier Mortimer can. And he's bringing comedy and enchantment together to create a dream world of magic at Bally's Las Vegas.
Tickets from $32

The power of the mind takes center stage as international mentalist Frederic Da Silva returns for his second stint in Las Vegas, Paranormal at Bally's Las Vegas. The magic, mind-reading, hypnosis and a mystery of this show isn't just in your head. Da Silva has been honored with numerous awards for his powerful abilities. He's the 2011 winner of the FISM European Championship of Magic. In 2010, he was awarded the Nostradamus d' Or as best mentalist in Europe and was also a prize winner in the FFAP French Championship of Magic. Many fans may also know him as a contestant on "France's Got Talent." Da Silva's afternoon show will leave you guessing as to what is reality and what is illusion. He will get inside your head and make predictions that seem unbelievable. He may even know the name of the person you've been obsessing about or predict what you have in your pocket. Prepare to have your mind blown.
Tickets from $28 This isn't just one of those Vegas magic shows, it's more, far more. Combining a wide array of entertaining acts from around the world, “V - The Ultimate Variety Show” delights audiences with special effects, magic acts, side-torturing comedy, visual arts, acrobatic performances, and much more. Although many Vegas shows enthrall audiences with comedic standup, acrobatic feats, or got-your-nose antics, “V - The Ultimate Variety Show” covers the entire spectrum of entertainment, providing a diverse collection of performances sure to please disagreeing groups or argumentative hydras. Performers of the rotating cast include hand-balancers Iouri and Gabor, Melinda The First Lady of Magic, the skating daredevil duo The Skating Aratas, Turf from America’s Got Talent, and the Quiddlers from NBC’s I Can Do That.
Tickets from $49 Blink-and-miss-‘em illusions and a wicked wit fuel Nathan Burton's lightning-paced showcase of teleportation and transformation. As seen on the first and fourth seasons of America's Got Talent, Burton has unlocked the secrets of self-levitation, dematerialization, and appearing simultaneously in homes across the country. Whether slicing up showgirls or throwing himself in the microwave, the old-school showman excels at visual gags and moderately risqué, though family-friendly, one-liners. Elaborate props, high-energy music, and a bevy of lovely assistants add to the spectacle.
Tickets from $20 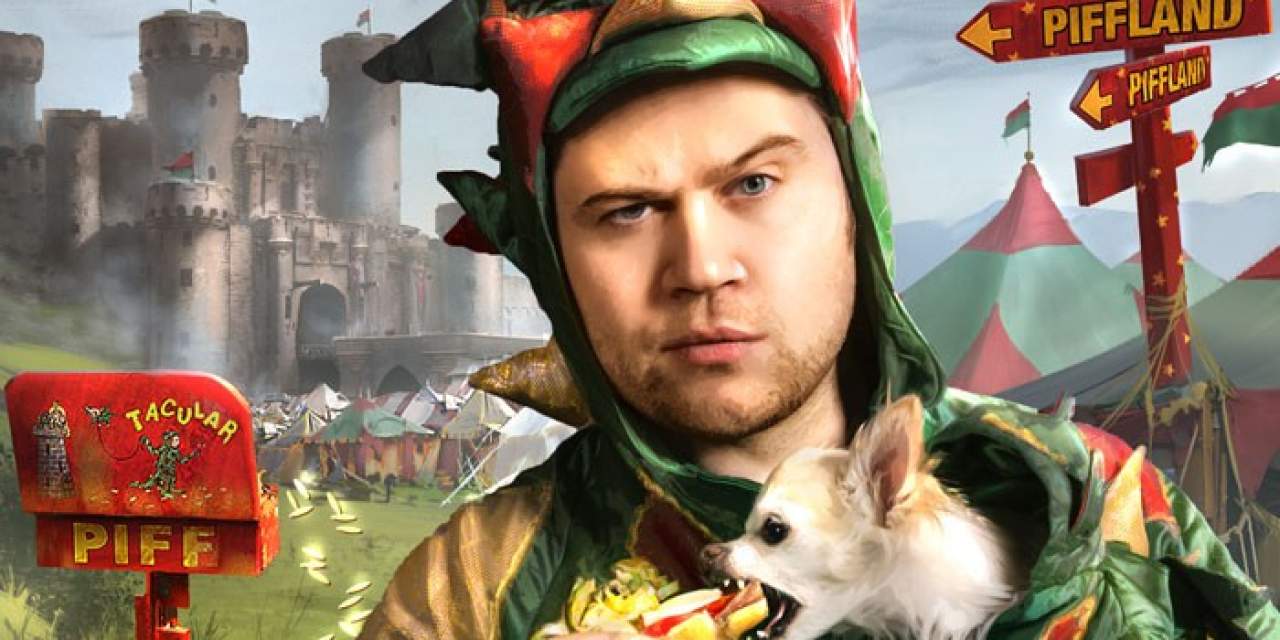 The world fell in love with him and his magic on NBC's "America’s Got Talent," and now we’re claiming Mat Franco as our own with his headlining magic show at The LINQ. Winner of season nine, this guy has already proven that he has the mojo to wow a massive audience with his sleight of hand and out-of-this-world magic. Oh, and his charisma just cranks it all up to 11. If you had so see just one magic show in Las Vegas, this just might be it.

With his wild, electric blond hair, Murray is hard to miss. Some 22 million viewers nationwide watched the charismatic magician perform as a semifinalist on the NBC hit show "America's Got Talent." He did the largest magic trick ever performed on the show by making a 1918 steam train locomotive vanish in mere seconds. Now you can see Murray perform live on the Vegas stage. Murray is well known for his larger-than-life illusions, such as making a Ferrari appear from thin air and transforming a showgirl into a 450-pound tiger. With a knack for keeping his audience entranced with amazement, his show gives his onlookers a uniquely immersive experience. During the show he performs two of his signature illusions in the middle of the audience, giving them an intrusive 360-degree view of him and his tricks while leaving no hiding space. Even when he's on stage, the showroom makes everyone feel like they are up close to Murray and his mind-blowing magic.
Tickets from $33 When it comes to the world of magic and mysticism, do you consider yourself a believer in the unknown? Well, it may surprise you that magician and master mentalist Banachek is a devote nonbeliever, and trust us when we say that his skepticism is absolutely a gift to the world. Banachek's current reputation as the world's leading mentalist began when he was just 18 years old when Banachek and a friend signed up for a "scientific" study called Project Alpha. For the next four years, Banachek would use his arsenal of mentalist tricks to convince the newly founded McDonnell Laboratory for Psychical Research of Washington University. Some of these researchers were so convinced of Banachek's "psychic abilities" that once he revealed the truth, they still refused to change their minds. Banachek has also partnered with multiple investigators to expose fraudulent psychics, mediums, and spiritualists who take advantage of the suffering and emotions of others for monetary gain. One of his most famous investigations was of the American televangelist Peter Popoff who he unmasked on The Tonight Show Starring Jimmy Carson in 1986. This must-see new show at The STRAT showcases the bewildering skill of Banachek, who Penn and Teller have boasted as "a magical thinker of deep, deep subtlety."
Tickets from $27